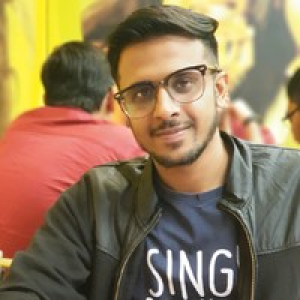 Jump to a specific topic

Regression analysis is like tinder (a dating app) for data – you try to find meaningful relationships that will generalize to upcoming data. Just like only swiping right is not a great way to find relationships, implementing regression using pre-built packages is not helpful for an in-depth understanding of it.

Some people might think it’s better to hop on to the practical aspects of regression analysis and ditch the theory part. But to build something powerful you have to understand the underlying concepts behind it.

Before getting deep into regression analysis, if you are just getting started with machine learning – I would strongly recommend going through Introduction to Machine Learning and Supervised Learning. This will help you get the basics right and not scratch your head amid reading this blog 😜

What is Regression Analysis?

Let’s understand this with an example most of you could relate with…!

Problem Statement – Consider you’re brewing a cup of coffee. And we want to apply some regression analysis to your cup of coffee.

Some patterns which you will agree with, might be…

In brief, the taste of the coffee would actually differ with the amount of coffee beans and sugar added to the milk.

In some ideal world, the equations might look something like, sweetness of the coffee = amount of sugar added / amount of coffee beans added.

We will discuss some practical use cases later in the blog.

💡 The earliest form of regression was the method of least squares, published by Legendre in 1805.

Although there are numerous regression algorithms out there, you can even build your own algorithms considering the above 3 factors. The two most commonly used and easy to implement algorithms include:

This is one of the simplest and well-studied forms of regression. With its origin to statistics, linear regression has been used by data scientists to model relationships within data and get promising results.

The best fit straight line in linear regression is represented as:

is the slope of the line,

is the intercept and

is the error term.

We can further divide linear regression into two categories, depending on the number of independent variables (or feature columns):

This form of regression is commonly used when we want to predict the probabilities of an event which is binary. In data terms, if we need to predict the target column with values like 0/1, True/False, Yes/No we use logistic regression.

Logistic regression measures the relationship between a dependent and independent variable(s) using a logistic function which represents a sigmoid function as shown in the image. It takes an input and outputs a value between zero and one.

It generates a hypothesis that is used to validate a relationship rather than state the relationship. A logistic regression model will build such a hypothesis which can then be used with a threshold to build a classifier. For example,

Although you may not use the algorithms listed below very often, but they are equally important. Because we can use them for certain types of data and target variables. And being a data scientist you should have a simple understanding of these as well:

It is always good to know the mathematics behind the derivations as it clears out the basic idea of the execution of the algorithms.

You can skip this section if you are having a hard time understanding the maths. It’s not absolutely important but I have included this as it is always good to know.

row in the data, most of the regression algorithms approximate

as a function of

with a random statistical noise or error term

. We represent it as,

Once the function is estimated, different cost calculation parameters are used to estimate the parameters

. It is sometimes denoted by

to distinguish it from the original parameters used to produce the data. There are several approaches like least square which help in approximating the value of the parameters.

The value of the parameters estimated (

) is then used to predict and assess the performance of the model. Output is denoted by,

The flow of the regression analysis looks something like,

I have tried my best to explain this portion in a simple way as possible. Hope you have a clear understanding of the mathematical concepts or at least have got the intuition on the concepts. As mentioned earlier it’s okay to take your time with mathematics.
0
On a scale of 0(Very Easy) to 5(Very Hard), how hard was the mathematics part for you?x

In machine learning, we use regression analysis normally for the following:

Regression models are used to learn the mapping of the target variable with the features from data and trends, which is then used to predict on new data points.

You can also use it to forecast from trends and historical data like forecasting weather or sales of a predict.

Cause and Effect Relationship

Regression analysis allows us to determine which factors matter and which can be ignored. It also tells us the magnitude of the impact of important factors.

Depending on the type of data, sometimes regression algorithms may fall prey to the below conditions:

are collinear, if they have a linear relationship between them.

It is equally important to test your understanding of the concepts and quizzes are a fun way to do it. Attempt the below quiz on regression algorithms to get your score.

I hope you have a clear understanding of regression analysis, its types, and its applications. Going ahead, I would recommend you to read about the top 10 regression algorithms and start putting this knowledge into actual projects.

You can also refer to Introduction to Classification Algorithms if you would want to learn more about classification.

Was this blog useful to you? Tell me your views and doubts(if any) in the comments section below. 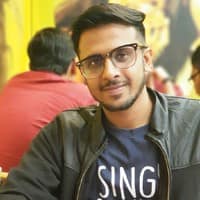 Get all the latest blog updates directly in your mailbox and stay ahead of the curve.

Join and Stay ahead of the curve.